Well last week I had the opportunity with some friends to visit one of the oldest brewery's in Pennsylvania and even the United States. It is called Bube's Brewery. You pronounce that "boobie's", yup, tits folks! That is the best way to remember how to say it and t-shirts in their gift shop play off of this as well. Follow me as I take you for a tour.

The pictures below are the original beer barrels used to hold the beer during fermentation. They are no longer used, it is just a room with about 4 of these barrels. They have access doors at the bottom, that little children or small men were hired to get in there to clean. Whoever was hired to scrub the insides of these barrels during rotation, was always sent home for the rest of their shift due to the fumes of the alcohol. So, basically everyone knew you were drunk and you got paid to go home and sleep it off. Where is this job now!! ha-ha! Sign me up! 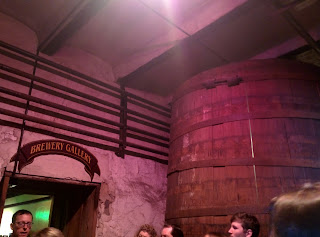 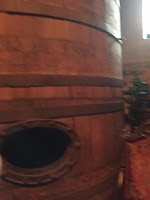 Now follow us down into the caves. The cave area is where the beer was stored at a cooler temperature. I honestly do not recall how many feet we were under the street. Once you follow the stairs down to the caves, you see that it is basically a dinning hall now. It is a really large space, and the venting for the caves is still there. There use to be a tunnel that led out from there that was part of the under ground railroad system, as well as prohibition. Occasionally it was your get out of jail ticket too when the brothel was rated by the police. 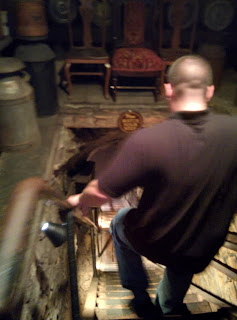 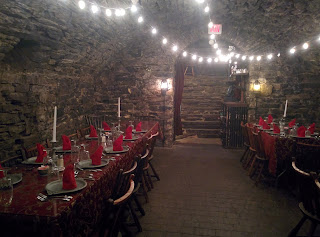 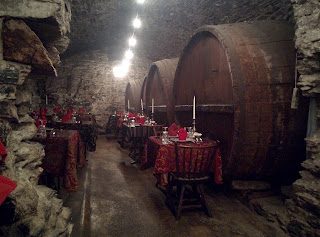 After going underground we were taking outside to the courtyard. What a beautiful set up. It was raining when we were there, so we did not get a chance to enjoy it.

Well friends, that is Bube's Brewery. The food wasn't the greatest, and they ran out of their own beer, but it is a staple in beer history and I recommend you go.

Luke Liked it, He really, really liked it!

Luke, my husband, passed his motorcycle permit test this past Saturday. Wahoo!! Every since I bought the RX3 Cyclone, he's taken an interest in motorcycling. As I stated in my last blog, I couldn't wait to see him at my right flank, and boy was that one hell of a feeling yesterday. 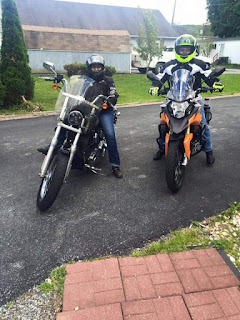 Love on two wheels has officially begun. All I hear now is "I want to go ride". Ha-ha! Life is good! 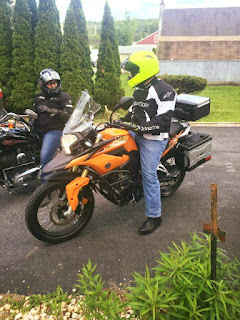 After about 2 weeks of waiting on the DMV in Pennsylvania to send me tags I finally got them in order to ride the bike. For those that have not been following along on my social media rants, PA refused to give me temporary plates at time of registration. Stating that some "special ops" unit in Harrisburg had to review for approval. Whatever! Considering that 2 other RX3 owners in PA walked in to register their bikes and walked out with tags. Another example of inconsistent policies. Okay, enough about that because I feel like that is all I have talked about. I have been dying to ride this damn bike that I have been staring at in the garage and yesterday I finally got my chance! Here is how it went.

First I had to get gas. The bike shipped with "some" gas in it. I do have a one and half liter Biltwell fuel bottle that I did fill up in order to add a bit more fuel. The gas station was a further away than the gas in the tank would have been able to accommodate. Don't worry, I bought a center tank protector to replace the silly warning stickers. 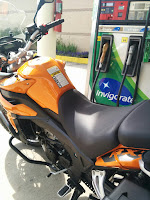 Nonetheless, once leaving the gas station my first journey officially began and WOW was I blown away. I have a 600+ pound Harley Davidson Dyna, and this RX3 was just so light and nimble. The clutch was so smooth, and the exhausted just rumbled in my ears. I may need to wear ear plugs. Since it is higher sitting on this bike than my Harley exhaust is on my Dyna, I feel that it is just louder. It was also crazy getting use to the front end fairing not moving when turning the front wheel. On my Dyna the whole front end moves with each turn. It was just a different thing to get use to. The seat sucks, just like I have been reading on the forums. I confirmed that only 20 miles into my ride. 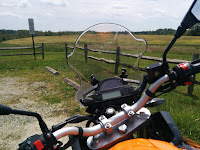 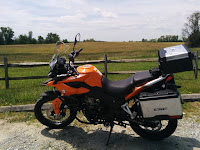 After enjoying some twisties and a bit of light gravel, I had to make my way to show off the bike to my family. Of course everyone asked to sit on it, my nieces and nephews loved it. Although one of my nieces says she still likes the Harley more. Here and I spent lots of saddle time on the Harley together, so I don't blame her for her comment. Hopefully this bike will just allow her to realize that liking different bikes makes motorcycling more fun. 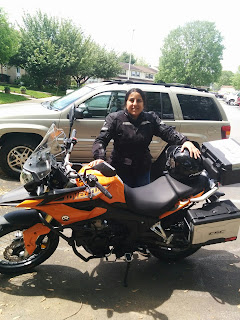 Another positive thing that came with this bike, is my husbands new interest in riding. He has recently passed his permit test and is signing up for an MSF class. In addition, I've picked him up some safety gear to get him started. This bike just changed my life. Even if he's riding it and I'm on my Harley, it is a win win. I look forward to looking at my right flank position and seeing my husband right by my side. Now that friends is a great beginning to a new moto chapter.